CathRAD® is the first commercially available software to predict and analyze the visibility of catheter marker bands under fluoroscopy.

CathRAD® will allow you to understand and quantify the effects of marker band material, geometry, and part tolerances on the visibility of the marker band and extrusions in the catheter design. 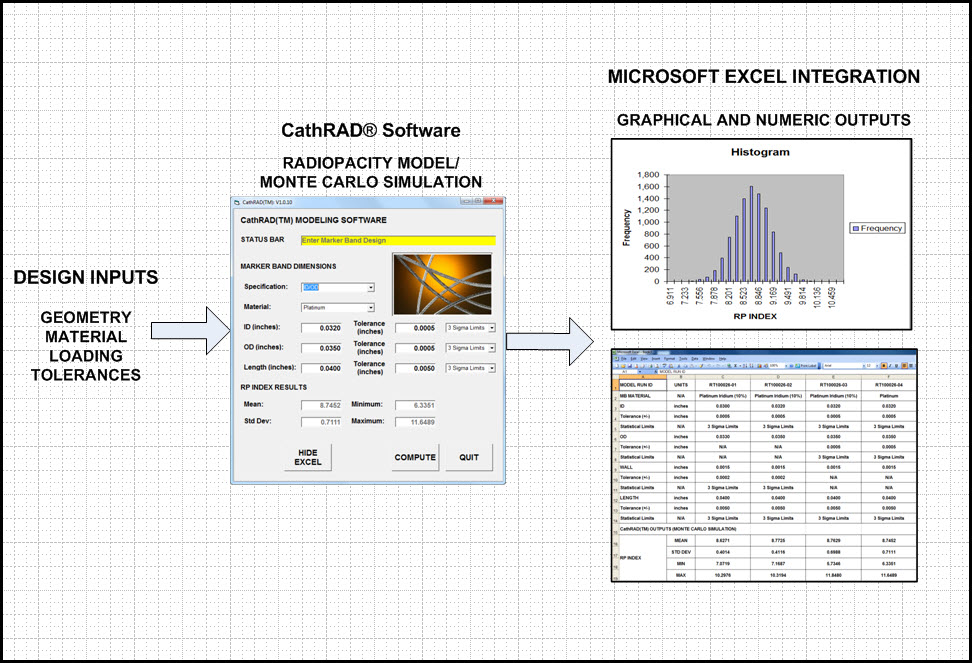 CathRAD® Process Flow: CathRAD® computes an RP Index for a particular design configuration. The results are exported to MS Excel by selecting the EXPORT button.

The CathRAD® software computes a radiopaque index (RP INDEX) based on the following design inputs:

Since the marker band has variations from part to part due to manufacturing tolerances, the software uses a built-in Monte Carlo Simulation Engine to compute the marker band’s mean, standard deviation, and min/max RP INDEX visibility. The resulting data is seamlessly exported to MS Excel in both numeric and graphical formats.

Exporting of Numeric Results to Excel